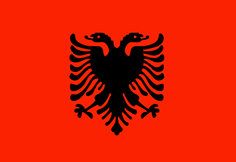 -
Secular holiday : The world's most widely celebrated holiday, New Years was set on January 1 by Julius Caesar because that was the date the Roman consuls took over their duties. Not a paid holiday when falling on Saturday or Sunday

Education is compulsory till age 16
number of instructional days per year in lower secondary education: between 201 days
No school on Saturday
No uniform required

Please note that authorities may take last-minute decisions; please double-check if this information is vital to you
Make a Paypal donation of euros 50 to [email protected] to purchase the full calendar for 5 countries, including Albanian schools
Contact [email protected] to purchase a file containing confirmed calendars of 550 countries and regions.

-
Secular holiday : Dita e Veres: the country's largest pagan festival. It is intended to celebrate the end of Winter, the rebirth of nature, and a rejuvenation of spirit among the Albanians. Although the epicenter of this festival is around Shkumbin region in Elbasan, the festival is widely celebrated in Tirana and as far afield as the Arbëresh colonies in Italy. [Wikipedia]

-
Zoroastrian : no means new and rouz means day in Persian. Celebrates new year in Iran and various Central Asian countries (as well as among the Kurds). Considered as the beginning of the Baha'í year

-
Orthodox : The bright red colored egg is the symbol of Easter(or Pascha).The eggs are colored on Holy Thursday after the Divine Liturgy.The Easter breads are a worldwide Orthodox tradition as well.This bread is taken to church on Saturday evening when a special sequence of services takes place:Midnight Office,Rush Procession,Matins & Divine Liturgy.After the service,the clergy blesses the breads and eggs brought by the people and they take them home.The eggs are cracked after the midnight service and during the next days.One egg takes place before the Easter lunch.Each person who ends up with the last unbroken egg is believed to have a year of good luck.The traditional Orthodox Paschal greeting is: Christ is Risen! .The answer is: Indeed He is Risen . May only be observed by the local Orthodox community.

-
Muslim, Sufi : paid holiday when falling on Saturday or Sunday