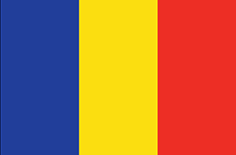 In Chad, only 68% of boys continue their education past primary school
Schooling is mandatory till age 14
schools may remain open on Saturday
school uniforms not required

We carry confirmed dates till July 2023
Please note that authorities may take last-minute decisions; please double-check if this information is vital to you
Make a Paypal donation of euros 50 to [email protected] to purchase the full calendar for 5 countries, including Chad schools
Contact [email protected] to purchase a file containing confirmed calendars of 550 countries and regions.

-
Muslim, Sufi : The second main celebration of Islam. It celebrates Abraham's willingness to sacrifice his son in obedience to God. Muslims make their annual pilgrimage, or the Hajj , to Makkah (Mecca) in Saudi Arabia. Paid holiday when falling on Friday or Saturday