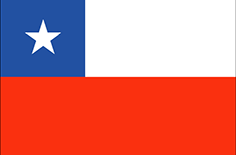 -
School holidays : Last day of school varies from Dec. 6 to Dec 21, depending on the district

Please note that authorities may take last-minute decisions; please double-check if this information is vital to you
Make a Paypal donation of euros 50 to [email protected] to purchase the full calendar for 5 countries, including Chilean schools
Contact [email protected] to purchase a file containing confirmed calendars of 550 countries and regions.

-
Secular holiday : Celebrates the Battle of Iquique against Peru in 1879

-
Secular holiday : The National Day of Indigenous Peoples is a holiday, that commemorates the indigenous peoples of Chile. It was declared by Supreme Decree No. 158 of June 24, 1998,1 by the government of President Eduardo Frei Ruiz-Tagle, considering that the worldview of indigenous peoples includes rituals and spiritual ceremonies of renewal and purification corresponding to a new year or new cycle of life linked to nature that is reborn or renewed. This New Year's party or festival of the Sun God, is called We Tripantu, Machaq Mara, Inti Raymi, Aringa Ora or Koro and Likan Antai, in the Mapuche, Aimara, Quechua, Rapa-Nui and Atacameña language or ethnic group respectively. [Wikipedia]

-
Catholic : Or Solemnity of Saints Peter and Paul is a liturgical feast in honour of the martyrdom in Rome of the apostles Saint Peter and Saint Paul. The celebration is of ancient origin, the date selected being the anniversary either of their death or of the translation of their relics. [Wikipedia]