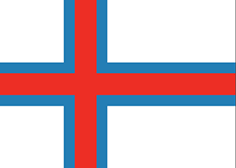 -
School holidays : Https://www.mmr.fo
Official calendar provided by the Ministry of Education
all study programs are aligned with the requirements of the Bologna Process
The main language of instruction up to the lower secondary school is Faroese, while Danish is the main language of instruction in upper secondary schools
Schooling is mandatory till age 16
Usually no school on Saturday
Uniform required

We carry confirmed dates till Sep 2023

-
Secular holiday : Merkið in Faroese - commemorates British recognition of the Faroese flag during World War 2 may be observed in the afternoon only