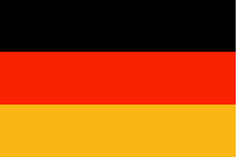 -
Culture : During one week (starting with the date indicated), there are carnivals in several towns and regions in Germany (Catholic regions). For business, avoid the Thursday (in Cologne, Dusseldorf, Bavaria and Baden-Württenberg). and the Monday (in Bonn, Cologne and Dusseldorf. The days of Carnival (the week, which ends with Ash Wednesday) are not offical holidays. Only Carnival Monday and Shrove Tuesday are de-facto -holidays in the "strongholds" of Carnival (Cologne, Düsseldorf, Mainz and Aachen - but also in several townships in the "western" states), because of the traditional Carnival-Processions.