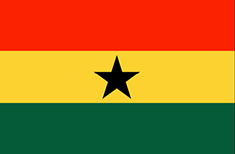 -
School holidays : Ministry of Education
https://moe.gov.gh
https://www.schoolgh.com/
https://skynewsgh.com/
The multiple track system makes the holiday calendar very intricate; please check with above links
calendar gazetted by the Ministry of Education as well as Ghana International School terms
Education is divided into three phases: basic education, secondary education, tertiary education (universities and colleges).
Education is compulsory between the ages of 4 and 15. The language of instruction is English
Amount of instructional hours: 1134
Uniform required
Schools may remain open on Saturday
One of nine major, government-sponsored indigenous languages is a compulsory subject for pupils in elementary education

-
Culture : Www.ghanaweb.com A popular game hunting festival in central Ghana, the Aboakyer Festival used to involve hunting for leopard but the death toll was too great, and the tribe members opted for hunting bushbuck (an antelope) instead. The festival includes traditional dancing, hunting, colorful processions, brass bands and more. in Central Ghana 2023 edition NOT confirmed