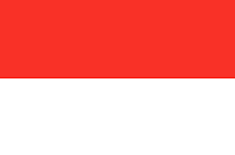 -
Catholic or protestant : Since pre-historic times in Europe, festivities (bonfires, offrerings) were marking the beginning of longer hours of daylight with fires and ritual. The Roman festival of Saturnalia lasted several days in December (gambling and offerings). Germanic tribes also celebrated mid-winter (drinking and rituals). The Bulgarian (with Koleduvane) and the Polish (with Gwiazdka) perpetuate this tradition. Jesus of Nazareth was probably born in springtime (Reformists favour autumn). But in the 4th century, December 25th was chosen for the celebration of his birth by Pope Julius I (Bishop Liberus is also mentioned in 354 A.D.). Thus, a Christian element was introduced in the long-established mid-winter festivals. Before 1582, the Papal States and other Italian city states celebrated New Years Day on Christmas Day

-
Muslim, Sufi : Gecesi) that, according to Islamic tradition, the prophet of Islam, Muhammad took during a single night around the year 621. It has been described as both a physical and spiritual journey. A brief sketch of the story is in sura 17 Al-Isra of the Quran, and other details come from the Hadith, collections of the reports of the teachings, deeds and sayings of Muhammad. In the Isra part of the journey, Muhammad travels on the steed Buraq to the farthest mosque where he leads other prophets in prayer. He then ascends to heaven in the Mi'raj journey where he speaks to Allah, who gives Muhammad instructions to take back to the faithful regarding the details of prayer. According to traditions, the journey is associated with the Lailat al Mi'raj, as one of the most significant events in the Islamic calendar. [Wikipedia]

-
Hinduism : The main purpose of the Nyepi Day ceremonies is to pray to the God (Hyang Widhi Wasa), wish that HE clean the outside universe (bhuwana agung) as well as the universe within men (bhuwana alit). Paid holiday when falling on Saturday or Sunday In Bali, no Internet, no flights, no tourist attractions based on the Saka calendar (Balinese calender): One year has 12 sasih (Balinese month). Each sasih consists of 35 days which cover the full moon (Purnama) and one dark moon (Tilem).

-
Muslim, Sufi : Ends the ninth month in the Islamic calendar. There were 30 days of strict fasting from sunup to sundown in honor of the first revelation to the Prophet Mohammed.