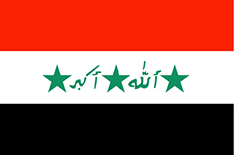 -
Secular holiday : Celebrates the day when American forces returned the presidential palace to the Iraqi authorities on Dec. 31, 2008.

Please note that authorities may take last-minute decisions; please double-check if this information is vital to you
Make a Paypal donation of euros 50 to [email protected] to purchase the full calendar for 5 countries, including Erbil schools
Contact [email protected] to purchase a file containing confirmed calendars of 550 countries and regions.

National Day of Tolerance and Coexistence

-
Culture : Celebration declared after the meeting between Pope Francis and the Shiite Grand Ayatollah Ali al-Sistani. Francis visit to the highest Shiite cleric had taken place in the southern Iraqi Najaf  a holy city for the Shiites. The 45-minute conversation was about the cooperation between the religious communities. The holiday also paid tribute to the interfaith meeting in the plain of Ur, where the head of the Catholic Church met with representatives of Islam, Christianity and the Yazidis. Jewish representatives did not take part. from 2022

-
Culture : Anniversary of Mustafa Barzani, who is the spiritual father for many Iraqi Kurds.

-
Muslim, Sufi : The second main celebration of Islam. It celebrates Abraham's willingness to sacrifice his son in obedience to God. Muslims make their annual pilgrimage, or the Hajj , to Makkah (Mecca) in Saudi Arabia. Paid holiday when falling on Friday or Saturday