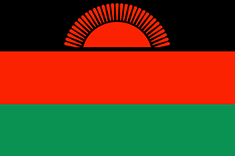 -
Secular holiday : (1871  February 3, 1915) was a Baptist educator and an early figure in resistance to colonialism in Nyasaland, now Malawi. Today John Chilembwe is celebrated as a hero for independence, and John Chilembwe Day is observed annually on January 15 in Malawi. Wikipedia

-
Secular holiday : On March 3, 1959, British forces declared a state of emergency and orchestrated Operation Sunrise, arresting prominent Malawian nationalists and other dissidents. Fury over the arrests of these resistance leaders precipitated the deaths of more than 20. not a paid holiday when falling on Saturday or Sunday