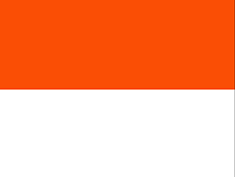 -
School holidays : Http://service-public-particuliers.gouv.mc
official calendar published by the Ministry of Education
study programs are aligned with the requirements of the Bologna Process
Schooling is mandatory till age 16
Usually no school on Saturday
No uniform required

Please note that authorities may take last-minute decisions; please double-check if this information is vital to you
Make a Paypal donation of euros 50 to [email protected] to purchase the full calendar for 5 countries, including Monaco schools
Contact [email protected] to purchase a file containing confirmed calendars of 550 countries and regions.

-
Catholic : Information: According to legend Devota (Dévote in French), a young Christian girl, native of Corsica, would have been martyred by the prefect Barbarus under the Diocletian and Maximian Emperors on a date that one could place in 303 or 304. Her body was stolen by night by Christian believers, put into a boat, transported to Monaco and buried in the chapel of a small valley called des Gaumates , near the port, on 27 January of the same year. Paid holiday when falling on Saturday or Sunday