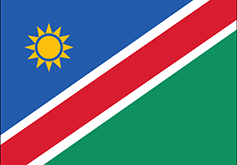 -
Secular holiday : Not a paid holiday when falling on Saturday or Sunday

We carry confirmed dates till Jan 2023

Please note that authorities may take last-minute decisions; please double-check if this information is vital to you
Make a Paypal donation of euros 50 to [email protected] to purchase the full calendar for 5 countries, including Namibian schools
Contact [email protected] to purchase a file containing confirmed calendars of 550 countries and regions.

-
Secular holiday : The Battle of Cassinga, Cassinga Raid or Kassinga Massacre was a controversial South African airborne attack on a South West Africa People's Organization (SWAPO) refugee camp and military base at the former town of Cassinga, Angola on 4 May 1978. Conducted as one of the three major actions of Operation Reindeer during the South African Border War, it was the South African Armys first major air assault (Wikipedia)

-
Secular holiday : On the 25th of May 1963 the Organisation of African Unity was established at Addis Ababa in Ethiopia. Its purpose was to promote the unity and solidarity of African states, defend the sovereignty of all members, eradicate all forms of colonialism, promote international cooperation having due regard for the Charter of the United Nations and the Universal Declaration of Human Rights, coordinate and harmonise member states economic, diplomatic, educational, health, welfare, scientific and defence policies.