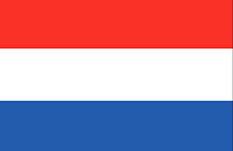 -
Culture : Originally celebrated in the Catholic south, but now also celebrated in other parts of the country by Catholics and non-Catholics. lasts 3 days

Prayer day for Crop and labor

-
Culture : Celebrated in the countryside. Protestants pray for the success of the harvest and of their work.

-
Culture : This is not a public holiday

-
Secular holiday : In commemoration of those who were killed during World War 2 and other armed conflicts. There is 2 minute silence at 20:00 hrs, but it is not a holiday; flags are flown halfway the pole from 18:00 till dusk.

-
Secular holiday : Day on which the end of World War 2 is celebrated. This is an official National Holiday, but is also a normal working day. Some businesses has arranged for their employees to have this day off, others have not.