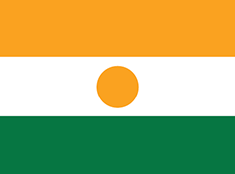 -
Secular holiday : The date of December 18, 1958 was the date of the proclamation of the Republic of Niger. Niger becomes an autonomous republic within the French Community

-
Secular holiday : This day was institutionalized on April 24, 1995, a year after the signing of the Ouagadougou Peace Agreement on 9 October 1994 between the government and the Tuareg rebellion, after years of hostilities that marked the northern part of the country.