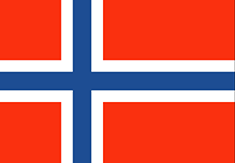 Please note that authorities may take last-minute decisions; please double-check if this information is vital to you
Make a Paypal donation of euros 50 to [email protected] to purchase the full calendar for 5 countries, including Norwegian schools
Contact [email protected] to purchase a file containing confirmed calendars of 550 countries and regions.

-
Culture : Originally celebrated in the Catholic south, but now also celebrated in other parts of the country by Catholics and non-Catholics. lasts 3 days

-
Secular holiday : Commemorates the publication in 1814 of a constitution, which was not fully implemented until 1905, when Norway became free of Swedish control. in Norwegian: syttende mai (May Seventeenth), Nasjonaldagen (National Day) or Grunnlovsdagen (Constitution Day).