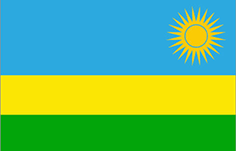 -
School holidays : Www.mineduc.gov.rw
official calendar gazetted by the Ministry of Education
Calendar has changed after Jan 7, 2019 to link the calendar with that of the East African Community member countries
Teaching languages: Kinyarwanda, English, French
Schooling is officially mandatory till age 16, but more than half the children do not attend school after they are 10
schools may open on Saturday
school uniforms required

We carry confirmed dates till Aug 2023; Further dates are projected dates based on previous years

Please note that authorities may take last-minute decisions; please double-check if this information is vital to you
Make a Paypal donation of euros 50 to [email protected] to purchase the full calendar for 5 countries, including Rwandese schools
Contact [email protected] to purchase a file containing confirmed calendars of 550 countries and regions.

-
Secular holiday : On April 6, 1994, a plane carrying President Habyarimana, a Hutu, was shot down. Violence began almost immediately after that. Under the cover of war, Hutu extremists launched their plans to destroy the entire Tutsi civilian population. Paid holiday when falling on Saturday or Sunday