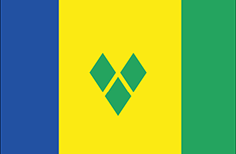 Saint Vincent and the Grenadines : complete schedule of public and bank holidays, closure of banks and stock exchanges, school vacations, trade fairs, cultural and sporting events, festivals, carnivals, election during the next 3 months

-
School holidays : Education on the twin Islands of St. Vincent and The Grenadines is free, but not compulsory, which undoubtedly contributes to the nation’s alarming record of child labor. Primary school lasts for 7 years.