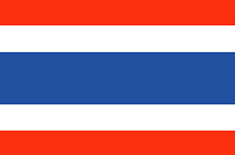 -
Secular holiday : Wan-rath-thamma-noon. First constitution was presented by King Rama VII in 1932 Not a paid holiday when falling on Saturday or Sunday

-
Catholic or protestant : Christmas Day in the provinces of Pattani, Narathiwat, Satun, Yala

-
School holidays : Http://www.en.moe.go.th In PISA 2018, Thailand ranked 68th in reading out of the 79 PISA-participating countries and economies, 59th in mathematics and 55th in science, ahead of only Indonesia and the Philippines in the EAP. Students in Thailand scored lower than the OECD average in reading, math, and science

We carry confirmed dates until Feb 2023; Further dates are projected dates based on previous years

-
Culture : Commemoration of the battle between French and Thai warships Only in Salak Phet Bay on Ko Chang

-
Secular holiday : Also honours King Rama I, the first king of the dynasty who established Bangkok as the capital in 1782

-
Buddhism (Theravada) : leap towards renewal . 3-day festival involving water-splashing, the freeing of fish, fighting kites, dancing, etc. Songkran, as usual, falls on 13, 14 and 15 April with an extra public holiday on Tuesday, 16 April 2019 as the first two Songkran days fall on a weekend. Water throwing can start as early as the 11th (as it does in Chiang Mai) and will usually end on the 15th, with the exception of Pattaya where it drags on and reaches it peak on the 19th. In the south, anywhere from Hua Hin downwards, Songkran is only celebrated for a day, on the 13th

Banks are closed in Muslim regions

-
Banks only : Chicago, Saturday May 1st, 1886: 350,000 workers go on strike to call for an 8-hour working day. Industries are paralyzed nationwide. On Monday, as demonstrations go on, the police open fire. On Tuesday, Chicago is again on strike. Following a bomb launched against them, the police shoot again. 12 dead, of which 7 policemen. 8 anarchists will be condemned and executed. In 1889, the Socialist International Movement met in Paris and declared this day international workers' day . The Soviets will follow suit, just as the Nazis. In France, under the Vichy regime (1940-1944), the celebration is renamed Labour Day .

-
Secular holiday : The coronation is more than two years after Vajiralongkorn succeeded his father, King Bhumibol Adulyadej, who died at age 88 after reigning for seven decades.

-
Secular holiday : Royal Plouging Ceremony A government and bank holiday only, this ceremony revives an ancient blessing of the plants and ceremonial start to the new growing season. The action takes place on Bangkok's Sanam Luang in front of the Grand Palace.

-
Culture : In remembrance of the exchange of the province with France in Trat only