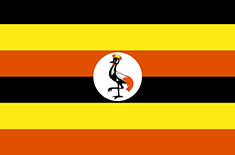 We carry confirmed dates till Jan 2024; Further dates are projected dates based on previous years

Please note that authorities may take last-minute decisions; please double-check if this information is vital to you
Make a Paypal donation of euros 50 to [email protected] to purchase the full calendar for 5 countries, including Ugandan schools
Contact [email protected] to purchase a file containing confirmed calendars of 550 countries and regions.

Anniversary of the Government

-
Secular holiday : Janani Jakaliya Luwum (c. 1922  17 February 1977) was the archbishop of the Church of Uganda from 1974 to 1977 and one of the most influential leaders of the modern church in Africa. He was arrested in February 1977 and died shortly after. Although the official account describes a car crash, it is generally accepted that he was murdered on the orders of then-President Idi Amin. [Wikipedia]

-
Secular holiday : In Mainland China, 1/2 day holiday for women only

-
Secular holiday : Honours a group of Catholic and Protestant converts killed by Kabaka Mwanga of Buganda Kingdom between 1885 and 1887. Paid holiday when falling on Saturday or Sunday

-
Secular holiday : Honors all those who sacrificed themselves to better the lives of the Ugandan people. Unfortunately, the holiday is one of the most divisive days in the Ugandan year. What constitutes a hero, and who specifically should be honored, are matters of debate in the country. Many of the heroes officially recognized by the government are fallen soldiers who died during Uganda's civil war in the 1980s. But the scars of that war, and the memories of crimes committed by both sides against the Ugandan people, are still in evidence today. There is no widespread agreement as to which of that war's fallen should be honored. Some citizens have argued for remembering less controversial heroes, such as the Ugandan doctor who detected a deadly Ebola outbreak before it spread. [encyclopedia2]