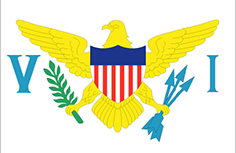 -
Banks only : Some banks may alternatively close on Dec 23rd

Please note that authorities may take last-minute decisions; please double-check if this information is vital to you
Make a Paypal donation of euros 50 to [email protected] to purchase the full calendar for 5 countries or regions, including US Virgin Islands schools
Contact [email protected] to purchase a file containing confirmed calendars of 550 countries and regions

-
Banks only : Martin Luther King was a U.S civil rights leader and American clergyman. His non-violent demonstrations against racial inequality led to civil rights legislation. He was assassinated in 1968. Banks and administrations are closed. Not a public holiday.

-
Banks only : Commemorates the births of George Washington (22.2.1732) and Abraham Lincoln (12.2.1809). The memory of Americas first president, George Washington, was once celebrated on his birthday, February 22nd. The date was changed to the third Monday in February to create a three-day weekend Banks, post office and governement close, but businesses, more and more, remain open, as well as universities. These banks remain open: Chase Bank, TD Bank, Wells Fargo

-
Culture : The US Congress enacted the Organic Act setting the government of the Virgin Islands on July 22, 1954