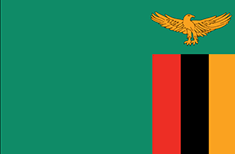 -
Secular holiday : This date is also commemorated at the United Nations. It celebrates the economic, political and social achievements of women. The idea of an international women's day was first put forward at the turn of the 20th century amid rapid world industrialization and economic expansion that led to protests over working conditions. Women from clothing and textile factories staged one such protest on 8 March 1857 in New York City.

-
Secular holiday : In honour of founding president Kenneth Kaunda from 2022

-
Secular holiday : From 2009 When the Organisation of African Unity (OAU) was created in May of 1963, the founding delegates proclaimed May 25, 1963 African Liberation Day (ALD), as the successor commemoration day of Africa Freedom Day.